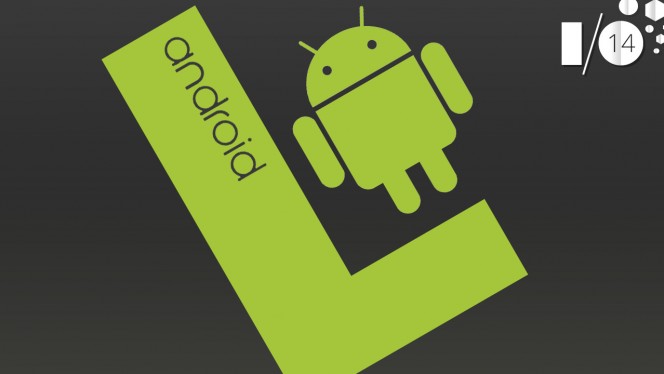 My favorite Android update thus far
If you conversationally bring up the recent Google I/O keynote with the average Joe, he’ll most likely not know what you’re talking about, but soon enough, he’ll be loving Android “L” and the new features that might change the world again. I’ve put together a list of Google I/O’s top five highlights, including my all-time favorite Android update.

Google has done a fantastic job of standardizing some core Android design elements. The updated card layout is usable and beautiful with a new focus on depth, layers, and textures that feel touchable and naturally intuitive.

Of course, they got this right; search algorithms are what Google does best. Currently when you Google something on your device, you get Web results. Now your Android device will return results with deep links to application content. I can hear your “Nerd Detector” going off right about now, so let me put this in plain English.

If you search for the Starbucks drink menu on your mobile device, your Web search results can now send you to your downloaded Starbucks app instead of a website. This will offer a pretty seamless experience for users who would normally have to jump from app to app at this point. All you Mac lovers might be saying, “It’s a bit like ‘Spotlight’ but reverse-engineered.”

Although I am thoroughly convinced that the general public is not lining up to start using their wristwatch like a phone, I do believe that the foundation of wearable technology has arrived. The Android SDK has set a new precedent for developers. The idea behind the new Android SDK is that a developer will write code once that will be used on multiple devices, including wearable tech and much more…

This topic is way too big to try to unravel in this blog, but there are several world-changing implications that should be noted:

1. Your Android apps will work on your TV.

2. Console gaming might face a real threat in the very near future.

3. Android SDK will include Android TV

1. And now, my personal Favorite Android update of all time… Android Auto!

For those who don’t know, I regularly have hot and heavy daydreams of designing the user experience of an automobile. Excuse me… my nerd is showing.

It seems as if, no matter how great our cars are becoming, the digital UI is still a few steps behind the times, especially in comparison to our rapidly changing mobile devices. Today, I’m confidently reporting to you that this problem is headed toward extinction. I can hear my kids 10 years from now: “Dad, do you remember when our cars used to have their own operating systems? That was dumb!”

What does this mean for app developers? Apps will be available to users in brand new way. Apps will have a new opportunity to add value to a consumer’s life while driving. This is not just a visual change due to the screen size but an experiential change simply because users will be on the road, which calls for a brand new set of user priorities. For some developers, this will be an untapped market, a true blue ocean (for now).

What does this mean for consumers? Android owners will soon get to take their favorite operating system on the go. I can foresee a world of new applications built especially for the driving user. Just imagine your roster of apps becoming auto-friendly. When I put on my User Hat, it makes a lot of sense… of course, I want my Pandora, Spotify, and Audible playlist to work on my car screen.

I’m eager to understand the user feedback we’ll get from people as they are driving. I’m not sure what will be allowed on the dashboard, but I’m assuming that some regulation will follow.