When to Retire Your App Idea – Kobe Bryant Style 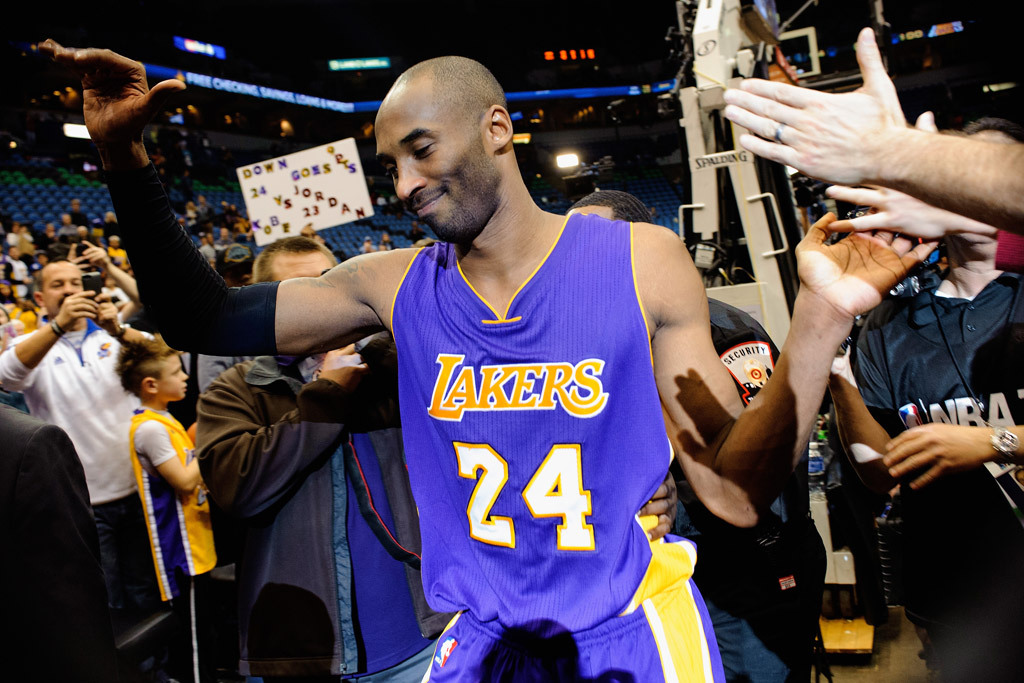 When to Retire Your App Idea – Kobe Bryant Style

Lakers legend, Kobe Bryant is set to retire at the end of the 2016 season after 20 years of playing. Bryant has helped the Lakers win five NBA championships during his career. He has scored more than 60 points in a game, five times – no one has accomplished this in the last 30 years. Kobe scored 81 in an NBA game in one night – he is the only player in the NBA to know what that feels like. But all good things come to an end and its Kobe’s time to put his jersey to rest. Is it time to retire your app idea?

Kobe announced on The Players’ Tribune website that he will retire after this season, writing that “this season is all I have left to give.” There is a time in your career that you come to terms with the inevitable ending. It’s tough to let go. We often come across people with “the best” app idea – but do they have the resources, the time, the passion, the will to keep going after it’s been developed? For Kobe to go 20 years with the same team playing the game he loves is remarkable at best. He started out on top and since then the Lakers have been dwindling down each year. He’s put in his time and has come to peace with his retirement.

When you start up your app business, it doesn’t just take a month of development and then your set for the next 20 years. Kobe was a star player straight out of high school, but he still practiced with his team, did the same amount of reps of sprints and shots (maybe even more). It takes a certain type of person to build their business into more than just an idea they had to begin with. It takes time, money, resources, and a team. At times, an idea so great may not even be worth starting – the reality is that you’ll have to retire that idea before you even put a dime into it. It could be that you can’t get the right team to back you up – maybe they don’t have the same drive as you. It could be that your business plan isn’t strong enough to hold more than 6 months. Or simply that your idea won’t be accepted by the public. Your app idea is as successful as its audience.

For those who have been running their app business for a healthy amount of time might be experiencing the same feeling as Kobe Bryant. Your business had a vigorous start, you had the team you needed to build your business, you had the resources, and it was your passion. But maybe things have become stagnant – your numbers are diminishing and your team is losing faith. It could be time for you to put your business to rest.

Kobe had to finally accept the fact that he didn’t want to do this anymore, and he’s okay with that. He has realized where he is physically and what his body is capable of – it’s time for him to step away. But such realizations, which may look so clear to outsiders, are never clear to the player. Michael Jordan kept going long after he was the player he wanted to be. He continued to be sure that it would all come back. To hit your peak and then slowly plummet down this winding slope of deterioration and losses takes a toll on you – on your business and your employees. Build your career and your business into what you want and what you’ve desired it to be and break free when you’ve lost everything that’s needed for it to be as successful. Don’t spread yourself too thin. Unlike Jordan, Kobe understood his mortality. He knew when it was time to say goodbye.

It’s hard-hitting to say goodbye to something you’ve spent years building and perfecting. But is it worth holding onto something that isn’t going to come back. In the long run it is easier to bow out rather than force something that can’t be mended or something that has already reached its limit.

Don’t be the last one to realize that it’s time to go.

Kobe Bryant’s body will not allow him to go past 2016 – there’s too much wear and tear on his body. Your business may be taking hits it can’t afford anymore and with all this wear and tear, sooner or later the bridge is going to collapse. Every business and app idea has a shelf life. Could you imagine if every business that was ever thought up never withdrew? Everyone in this world may have a job, yeah, but no one would have the resources to keep afloat, and their audience would be spread so thin. There is a time and place for your app idea, and you just might have the greatest idea to hit the app market but it’s worth nothing if you don’t have what is needed to build that idea.

This season is all I have left to give.

My heart can take the pounding

My mind can handle the grind

But my body knows it’s time to say goodbye

I’m ready to let you go.

“I’ve known for a while,” Bryant said. “A decision like this, you can’t make that decision based on outside circumstances. It has to be an internal decision, and finally I’ve decided to accept that I can’t actually do this anymore and I’m OK with that.” To many, their business is their baby. It’s something they can’t fathom letting go. You’ve built a relationship with your business. It’s something you don’t want to give up on. But often times the healthiest thing for you is to step away from the relationship that is not meant to reach any higher and it just can’t take any more hits. You’ve had a good run, but is it time to retire your app idea?