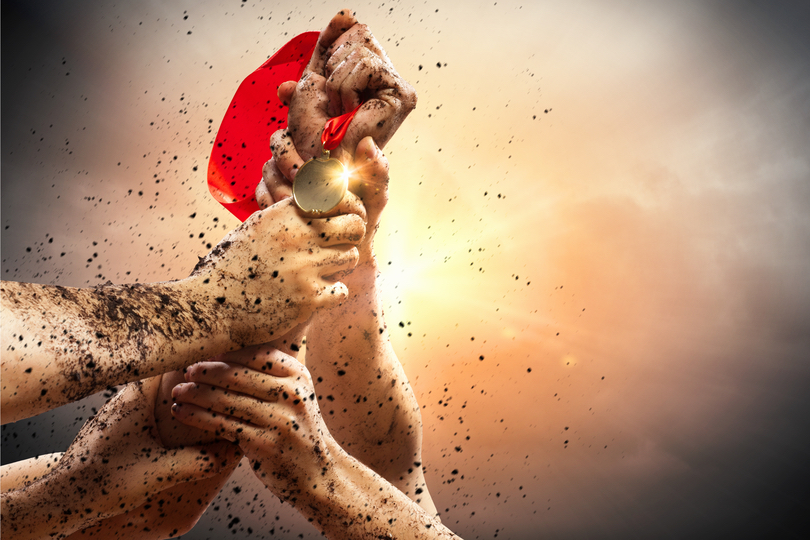 “If you ain’t first, you’re last,” well, in this case, let’s steer far from what Ricky Bobby’s dad used to tell him. With technology rapidly changing and improving being first isn’t always the best. Take, for example, In-N-Out didn’t’ invent the cheeseburger they just made it better. We’ve covered this topic before but it’s so crucial because we find that a lot of startups are racing to create something that’s never been seen before.

You don’t have to be the first startup/entrepreneur to market your app idea before anyone else. What you need to do is find a problem that takes up a large portion of a market and solves that problem best. If someone has already solved it, then make it better!

We’ve all heard of the rise and devastating fall of the social networking site, Myspace that trended for about 4 years. Myspace offered an interactive personal profile for users to blog, create groups, add photos, music, videos, and more. Sounds a lot like what Facebook’s MVP offered, right? Myspace WAS the largest social networking site in the world, and in June 2006 it even surpassed Google as the most-visited site in the US. But just because Myspace was the first to enter the social networking world, doesn’t mean they had all rights to that market. Because Myspace made such a big impression on the world, others got a whiff of that success and began building something better. In comes Facebook in April 2008 to overtake Myspace and has since taken the lead in the social media world.

Lyft, you know the Uber drivers that also have pink mustaches on their dash? The company launched in the summer of 2012 by Logan Green and John Zimmer as a ridesharing service to link drivers with passengers. Luckily, Lyft has been far more fortunate than Myspace because, well, people are still using Lyft. Although, it hasn’t been easy competing with Uber. Both serve the same purpose but Uber has created quite the brand for itself offering a highly enjoyed experience.

Sometimes we just need someone to lead the way. Get behind that snowplow on a freshly powdered morning and dodge the potholes they drove straight into. Companies like Uber, Apple, In-N-Out and Facebook didn’t invent something new. They simply dove into growing markets and made them better.