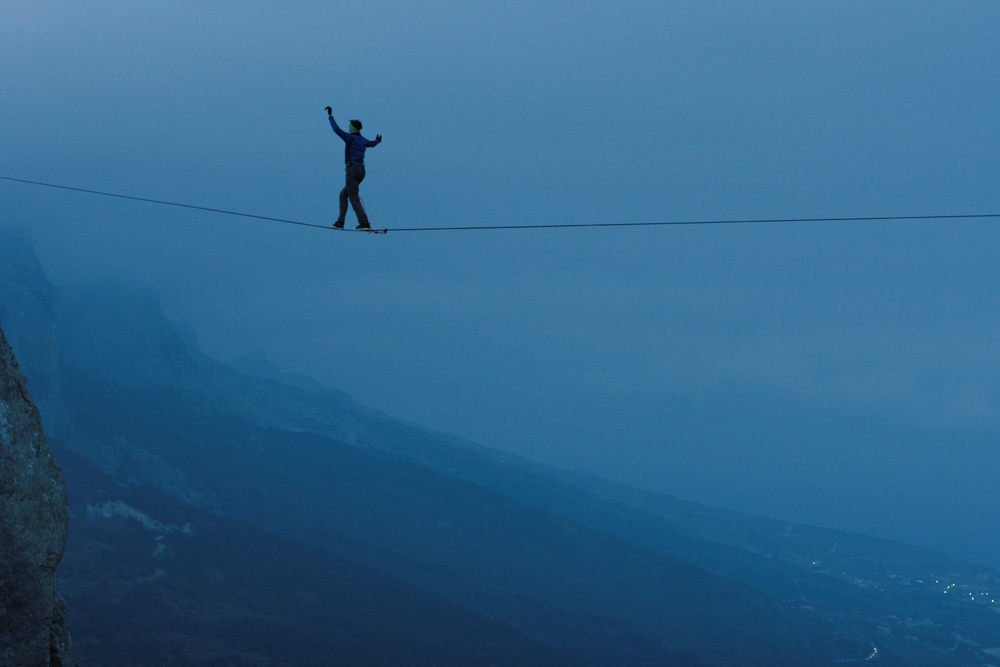 People like to focus on the company creating the next killer app or designing the next cool product, but when speaking of entrepreneurs as a class, the field is much bigger than the tiny number trying to create the next Facebook. Entrepreneurs are also the people starting the new coffee shop, the bicycle store and the java kiosk. Entrepreneurs are guys working a backhoe as a second job, welders who buy their own rigs and book their own business. They’re the people who have decided to fly their own flag instead of working for someone else.

Admittedly, there is a big gap between someone working in a 1099 world and founders raising equity investment. But there are a few things in common for everyone stepping into the world of entrepreneurship. They are motivation, desire, ability, courage and an idea. All of these qualities play out in an arena of risk. Risk, when not understood and managed, will become fear. Fear is the primary reason why people don’t get into business. So an understanding of these five qualities is critical for any entrepreneur.

Motivation is the hardest quality to acquire. If you’re working a six figure job and you’re only mildly annoyed by it, it’s going to be hard to give it up to pursue your own company. You can be burning with desire for your idea, but if your partner is dead set against it, it is not likely you will go forward.

If you can’t make your bills, you hate working for others or you just keep seeing ways to do things better and it makes you nuts, those may be strong enough motivators to get you started. Depending on how you were raised, meeting someone else’s expectations can be a reason to start. Not a good one, but a reason. Proving something to someone can also be a powerful motivator.

The key question is this: Are the emotions attached to your motivation sustainable? You have to love what you do, or the reason you are doing it, or you won’t endure. That’s the main thing to remember. If you’re ambivalent in your reasons for starting your business, you will eventually tire of the challenges and seek steadier surroundings.

Desire, or as angel investors like to call it, passion, is a much needed prerequisite for the entrepreneur. To understand why you need it, imagine this scenario: It’s two-thirty in the morning. Your product has to be ready for pick up tomorrow morning at nine AM. Nothing about this order has gone right and now you’re fixing all the mistakes your employees made while exercising your vocabulary of colorful adjectives. Just after you deliver to your customer, you get a phone call from a former coworker who wants to hook you up at the new company he’s working for. After an all nighter like this, a job with defined work and definite start and stop times will look really attractive.

Whether you take that job is dependent on if you see this all nighter as a step toward a better running business or a drag that reminds you how much you hate being responsible for everything. Your attitude is determined in large part by your passion for what you do, and what motivates you. If you let yourself be brought down or defeated by setbacks, that’s a good indicator the passion is not there.

Ability is trickier. You can be highly motivated and extremely passionate and completely clueless. The difference is that you can hire or partner with people who have abilities that you don’t. If you need design talent, you can find it. If you need help honing your managerial skills, it’s out there.

You do have to have some competency that is directly related to the field of endeavor you’re going into. For those starting companies with bank funding, it’s simple. Most banks will not qualify you if you don’t have industry expertise.

When raising investment, it’s a little different. For example, if you’re starting a mobile application company and your expertise is in marketing, you can partner to get the other skills. If you are a designer, then you find the marketing, management and finance people you need to launch. Just know that you will not go it alone.

The bare minimum is: You need to have the ability to know when you need help from others.

Courage is the bright line dividing those who lead and the followers, the doers and the order takers. It’s the motive force that moves you from thinking and planning to working and doing.

In the 80’s I was a drummer in a progressive rock band. Most of the bands in club scene were either punk or eyeliner wearing, big hair bands that just busted out of the garage. Out of that class, there was one band that stuck out. Not because their music was great, because in the beginning, they were average at best. It was how they were going about being musicians that attracted attention.

They lived together to save money so they could literally play every possible gig. They played shows to empty houses, on rainy nights, often the last band on at 1:00AM. They were everywhere playing all the time. They did their show with the same intensity regardless of how many people came to see them. Because they were not afraid, they just kept getting better. People would joke that the band was going to make L.A. love them. We laughed about that then. Over time, nobody laughed. Motley Crüe became a landmark of 80’s rock and roll.

The deal with Motley Crüe was they were completely committed. They spent every minute of every day focusing on making it. They were passionate about what their music and audiences responded to it. They had the requisite skills needed to succeed. They were four guys living in a hovel motivated. Finally, they had the courage to show up at every venue, to play whether they were full or empty, friendly or hostile. And they did it for years and years before anything happened. When success came, it looked like it was overnight.

Courage is the glue that holds all the other qualities in place. It is the ability to act in the face of fear. Courage is what made the Crüe able go into an empty night club at 1:00AM on a rainy night and play they were at a rock festival. Courage will maintain you when others say you are wrong, that you should give up, that your dreams won’t work. Courage helps you see that every step, successful or not, is a dress rehearsal for a bigger victory.

I speak of an idea last because, surprisingly, it’s the easiest part. If you have all of the qualities we discussed but no business idea, don’t despair. You can be part of bringing another person’s idea into the world. Many great companies have incredibly strong co-founders getting things done. There are companies waiting for you if you’re that person. If you can tolerate risk and want the freedom of running a business, you can have it if you want it as part of a team.

Motivation, desire, ability, courage and an idea, these are the minimum you need in your backpack when starting the journey of the entrepreneur. It is a hard journey, but worth it, if you’ve counted the cost before you start, embrace it fully and have the courage to follow through.